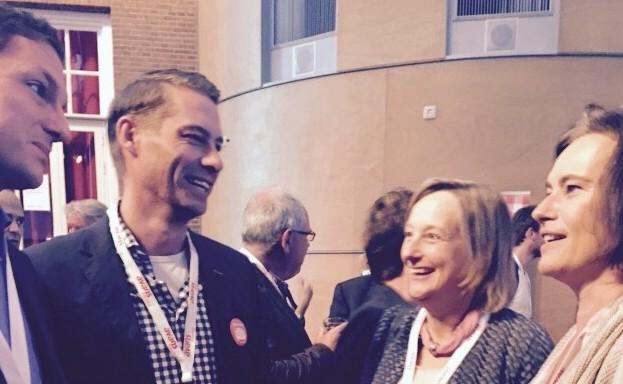 Peter Brouwers is the director of Project Optimalisatie. His company believes strongly that there is room for improvement in many organisations in the way projects are executed. Peter first experienced Networkapp at an event in September 2015. He has been a happy user and fan of Networkapp ever since.

“Networkapp quickly gives users a feel for what’s available for them to do during a conference. It is also an easy way of finding people during the event and making sure you meet the right people,” says Peter. In other words, a good app for connecting people. Put briefly, it lets you find someone quickly and effectively and arrange to meet up with them.

Peter has used Networkapp actively and found out first hand what the tool can deliver. Peter placed the call: “Who is interested in sustainability at events?” Six to seven people responded; they arranged to meet up at a meeting point during the event to get to know one another and discuss business further. These contacts helped Peter to put his ideas into practice. Following on from this, Peter organised large-scale meetings where 150 to 160 people came together to focus on the theme of sustainability and events.

What do you still miss?

Peter would like more active contact afterwards with other participants whom the user met at an event, by means of announcements or push messages after the event. He gives an example where you receive messages along the lines of: “Did you learn something new during the event, attend a talk or get inspiration after the event?” That would trigger the user to keep using Networkapp after the event.

Not a one-dimensional programme booklet

Peter recently attended an event where they used a kind of one-dimensional digital programme booklet. He wasn’t satisfied with it because he was basically unable to do anything with this programme. Networkapp could have been put to good use at this event. According to Peter, Networkapp is a great tool for facilitating interaction between the speaker and their audience. That lets you add to the conference experience.

Peter Brouwers regularly organises events together with other businesspeople. Follow Peter Brouwers on Facebook and LinkedIn to stay informed about upcoming events.

Do you want to stay informed about Networkapp and the latest trends?

Like to discover what the app can do for you? Try out

Back to the essence of events: connecting people, knowledge and network

Sylvio talks about meeting an interesting company at #IE2018